The deepfake web - A glitch in the matrix!

Fake and sensationalised news has become a huge problem in today’s world - it allows the media networks to control people and shape their opinions on false or exaggerated information. However, the problem goes deeper - Scammers and criminals are now able to create “deepfakes”. The simplest form of a deepfake is lip syncing - yes those entertaining videos where they swap out something a famous member of public says for something rude or funny that goes viral on social media. However, it goes beyond simply replacing the audio of a video - researchers at the University of Washington have created new algorithms that allow AI technology to learn and translate different sounds and words into specific mouth shapes. They would then layer and blend those mouth shapes and movements on an existing video of that person speaking. Once the AI technology had analysed this person’s mouth shapes and movement, it was able to anticipate what the person was going to say next - or essentially the mouth movements they would make next.

It gets dangerous as we delve into the world of Generative Adversarial Networks (GANs) - which are used to make even more sophisticated and accurate deepfakes. It involves two machine learning devices - one that generates essentially fake news based off of the stories that are currently circulating the media, and another that validates and assesses the authenticity of the story. This process involves two systems - a generative and discriminative network. The discriminative network can look at images or numbers and classify it as “very probably” something or “probably not” something. For instance, if you were to feed the AI system thousands of pictures of cows, essentially teaching it what is definitely classified as a cow - if you then showed it an image of a sheep, it would classify it as “probably not” a cow. Generative networks work the opposite way - they are given a message and try to produce an outcome. If you were to feed this machine a photo of a cow, it might try to produce a picture that looks like a hand-drawn cow. Of course, this is a very simplistic explanation, the idea behind GAN’s is to combine these discriminative and generative networks so that when the generative network creates a hand drawn image of a cow, the discriminative network can confirm or deny that it is in fact a cow or that it looks like a hand drawn image of a cow.

Of course faking pictures of cows isnt the worry here - the technology has evolved into faking news stories and even allows researchers to fake images of the terrain. Essentially, this technology would enable you to create the image of a bridge, indicating that you would be able to cross the river there - however, when you reach that point, there is no bridge in sight - creating a way for countries to trick the opposing army or military team and even trap them. If someone had to create fake roads and bridges on Google Maps, it would wreak havoc and become completely unreliable, not mention the fact that self driving cars wouldn't be able to tell apart a real bridge from a fake one!!

We have already seen the devastating effects of mimicking someone’s voice in the recent cases of CEO fraud but isn't seeing supposed to be believing? What if the speech you just saw Trump make in front of the whitehouse wasn't really Trump at all? It could just be a mix of all of his speeches, doctored into a perfectly tailored speech, matched with a perfectly sequenced video designed to cause mass hysteria.

Although scientists have reassured everyone that it is possible to uncover these GAN generated images, information and video’s - it is exceptionally time consuming and costly…….the perfect distraction before the real attack? 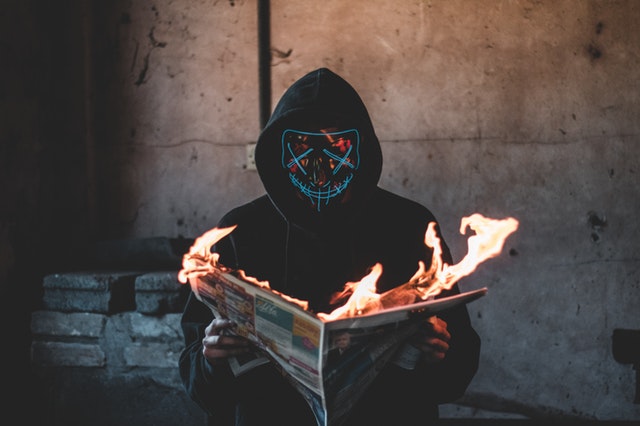