Let's look at the numbers

So fraud and Cybercrime are the new buzzwords in the age of digitisation - but you have attended one or two workshops so you know what to look out for and how to deal with it, right?

Scams and even the scammers themselves are constantly evolving along with the technology we have become so heavily reliant on for our banking, shopping and consuming content and information. The scam you were warned about last week could be old news by the next week when scammers move on from suspicious text messages onto voice imitation technology. Not only will the International Fraud Prevention Conference ensure that you are up to date with the latest hacking technology, voice imitation and email phishing scams - It will also be delivered by professionals who have dedicated their careers to fighting against fraud - They will reveal their horror stories on the most elaborate scams and fraud cases they have ever cracked.

Tech analyst, Gartner predicts that over half the new businesses will run on IoT in the near future. However, Symantec’s Internet Security Threat Report of 2019 states that IoT devices are the most vulnerable devices meaning that hackers target these devices as an easy entry point to collect data and intercept communications - this includes smart metres, web cameras and connected lighting. This means that the camera on your work laptop makes you vulnerable, the voice activated assistant your boss uses around the office, makes you vulnerable.

48% of malicious email attachments are office files - It's easy enough for a scammer to pose as a client or potential customer, sending you a seemingly innocent set of queries on a document - however - these documents contain malicious files that allow them to access your passwords, information and confidential files on your computer.

Although we are exposed to danger through technology - there are also ways to use technology to tackle crime - A topic that will be discussed by experts in the field such as Deirdre Carwood, Forensic Partner at Deloitte; Rob Leslie, Founder and CEO of Sedicii and Rachel Woolley, Anti-money laundering Manager at Fenergo. These world class professionals will be discussing the latest solutions to cyber attacks, delivering content unique to the International Fraud Prevention Conference and invaluable to any organisation.

Talking about the latest trends in scams is useful in terms of getting familiar with the red flags however, the conference will also cover the practical aspect of cyber attacks that covers the question that most people ask when its too late - what do I do in the event of a cyber attack? This question will be addressed by Adrian Weckler, technology editor of the Irish Independent; Sir Rob Wainwright, former Executive Director of Europol (Recently found himself a victim to fraud by stealing his voice); Ciaran Martin, CEO of the National Cyber Security Centre; Eoin Byrne, manager at Cyber Ireland and Karine ben Simhon, Manager, International Relations and Operational Engagement, Israel National Cyber Directorate.

Unfortunately, scammers won't just throw up their hands and move on to making an honest living once the usual phishing schemes fail. It seems the trend is to move on to mastering more complicated technology which becomes more difficult to detect and defend yourself against. This is why we ensure that each conference is unique, updated according to the most recent cyber trends, delivered by professionals who fight fraud and cyber crime on a day to day basis. Its a constant battle of evolution between those defending themselves against cyber attacks, and the criminals who move on to new technology every year. It is predicted that in 2020, the average cost of a data breach will exceed $150 million - you really can’t afford not be at the International Fraud Prevention Conference this year! 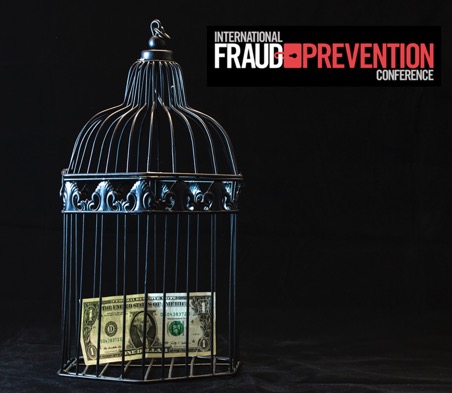